Four members of the Cape Eleuthera Institute (CEI) community, including members of the Shark Research and Conservation Program (SRCP) and the reef ecology team, ventured down to Hummingbird Cay in the Exumas to further Dr. Owen O’Shea’s study on the elusive Caribbean whiptail stingray (Himantura schmardae). Very little is known about this species, but it is vital to elucidate information pertaining to their biology and ecology in order to calculate effective conservation methods. The main goal of this project is to determine connectivity and gene flow of the Caribbean whiptail stingray by collecting tissue samples from individuals across multiple spatial scales.

Stingrays are one of the most influential architects to their ecosystems, as they impact their surroundings in numerous ways. They hold an integral position in coastal food webs, acting as predators to animals in lower parts of the food chain and prey to those higher up, such as sharks. Their physical movements involve bioturbation – meaning reworking and suspending of sediments. This oxygenates the sediment around them and re-suspends nutrients, promoting primary productivity. Although there are gaps in our understanding regarding the behavioral tendencies of the Caribbean whiptail stingray, they are likely significant agents within their ecosystems. 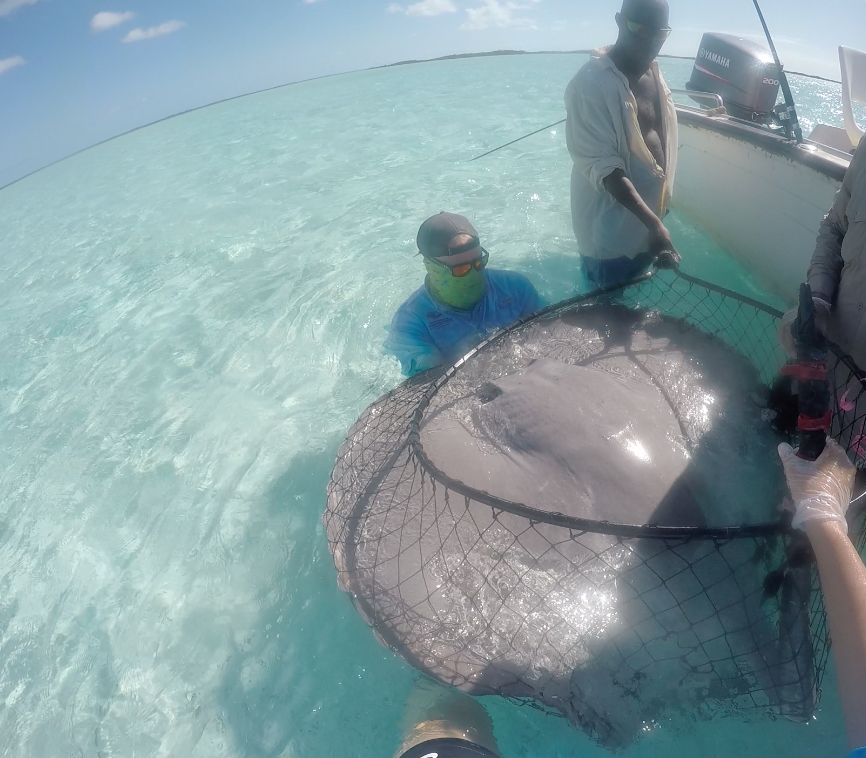 The expedition began with four extremely successful days in the field; with near perfect weather conditions, the team caught 13 rays over a spatial scale exceeding 35 miles – something critical when evaluating gene flow of a species. Nine of these were male and all rays ranged from 80cm disc width to around 140 cm with all estimated as being mature or sub adult – an inverse trend in the population sampled from south Eleuthera.

Day five offered a frustrating morning without a single ray observed due to strong northerly winds, churning up the fine sediments, seemingly synonymous with this species. However, it wasn’t long before the team moved on to the leeward side of one of the islands and stumbled across an aggregation of 17 whiptail rays. The group consisted of very large adult stingrays, most of which were resting or casually mobile and seemed unflustered when we slipped quietly into the water for a closer inspection. Until now, no records exist in the literature of aggregations in this species from The Bahamas, and we can only speculate about how common this type of aggregation may be for this species. What is certain is that it was an honor to witness such a substantial group of these huge animals. 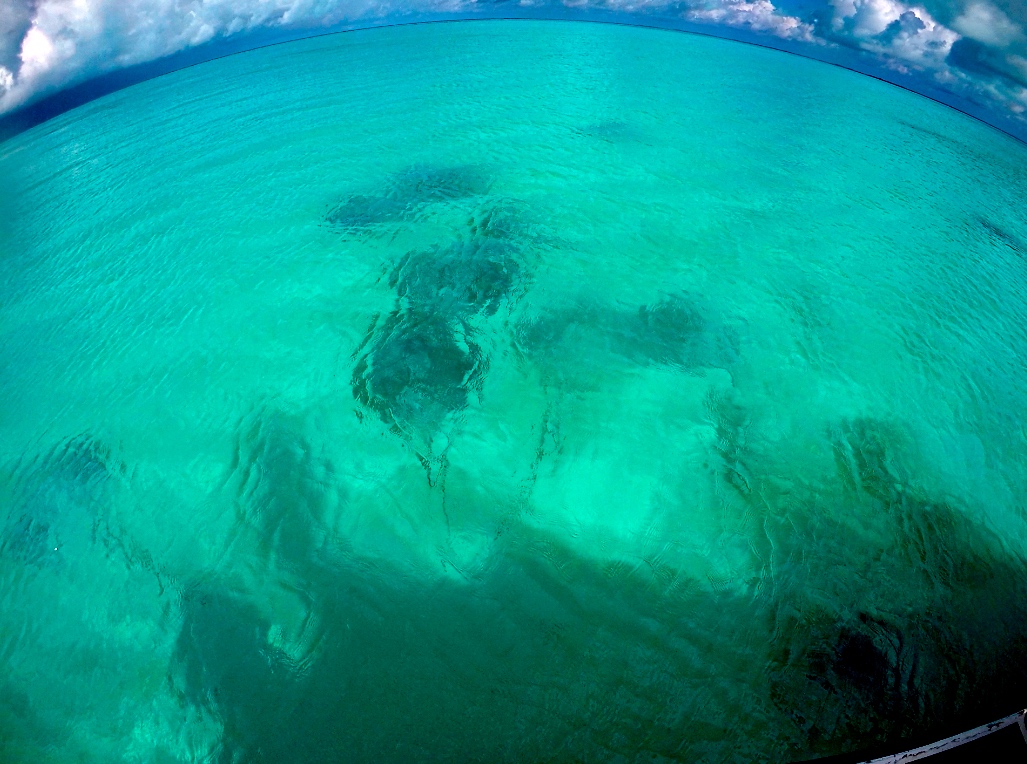 Between last year’s expedition and this most recent trip, DNA and stable isotope information has been collected from 15 individuals from this location and 23 from Eleuthera. This study will continue to grow as samples are expected to be collected over a larger spacial scale in the months to come, filling in the gaps from the rest of the Exuma chain.

We would like to acknowledge the Rufford Foundation for funding this work and making this expedition possible. Also, thank you to the exceptional team at Hummingbird Cay for welcoming us so hospitably and for helping to make our trip so successful.