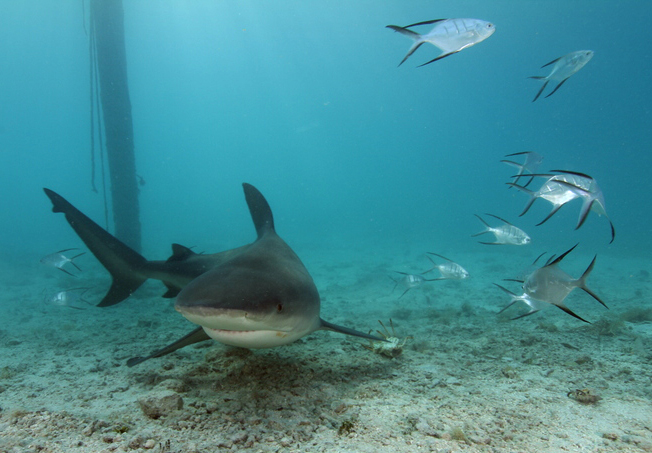 The bull shark (Carcharhinus leucas) is one of the most infamous sharks in the world’s oceans.  They have evolved to hunt large prey in shallow coastal waters and, as a result, are thought to be responsible for more interactions with humans than any other species.  Consequently, this species is commonly portrayed in the media as the archetypical ‘killer shark’; however, the reality is very different.  Indeed, bull sharks regularly interact with divers without incident, and there are many places in the world (e.g. Mexico & Fiji) where shark dive operators regularly feed bull sharks for the tourist industry providing non-consumptive economic value for this species.

Despite its infamy and economic importance in some areas, the bull shark remains one of the least studied species of large shark in the greater Caribbean region.  Basic information relating to its biology and ecology is lacking, making any form of management virtually impossible. 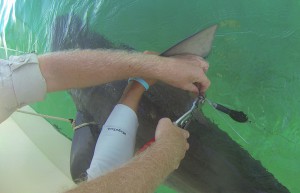 The Shark Research and Conservation Program at the Cape Eleuthera Institute, in collaboration with its partners Microwave Telemetry Inc. and The Cape Eleuthera Resort and Marina, recently completed the first phase of its bull shark satellite-tagging program.  Five x-tags have been deployed on mature female bull sharks 246 – 291 cm (8.0 – 9.5 ft) in length which will log water temperature, depth every two minutes, and the approximate location of the animal every day.  The x-tags are pre-programed to remain attached for 6 or 9 months and when they start to pop-up in August 2014; the data will be transmitted via satellite back to the research team. 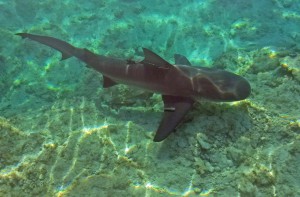 The bulls sharks encountered at Cape Eleuthera usually arrive in October-November when the water temperature starts to cool, and are commonly sighted in the marina until spring where they compete with the nurse sharks and snapper for fishermen’s discards.  An interesting characteristic of this aggregation it is entirely composed of large mature females, the most important reproductive component of any population.  A male has yet to be seen at Cape Eleuthera.  Bull sharks pup in freshwater or estuarine areas, a habitat which is almost completely absent in The Bahamas and Turks and Caicos Islands, suggesting that these animals’ migrations will take them north to Florida, or perhaps south towards Cuba, Haiti or the Dominican Republic in search of a safe place to give birth to their pups.  The data from these tags will help us to understand where this important demographic go when the leave Cape Eleuthera and hopefully help solve this mystery.